Meet El Mercado de San Miguel–where the drink-while-you-shop game is taken up several levels. Mercado San Miguel is a (sort of) recently renovated, covered market where you can shop for anything from cold cuts to seafood to fruit and nuts, fritters, desserts… and of course, have drinks and tapas while you’re at it too! The market as it stands today (re)opened in 2009. Before then it was a traditional covered market, restored to its original glory in 1999 (and closed shortly thereafter because market stands could not compete with then-trendy supermarkets). The original structure was a church–that’s where it gets its name.

I went three times and it was always so packed I had to leave before I got to walk the entire market. On visit number two I bought zumo de naranja (fresh, squeezed, pulp-left-in, goodness from the gods kind of orange juice) and oh my word it was good! On visit number three, I decided to stop for a caña (beer) and ended up having some tortilla española with it. Because you can eat and drink at each stand (which double as a bar) I also got to help a handful of travelers who did not know enough Spanish to order what they wanted or understand what they owed (there’s my good deed of the day). The tortilla was good but I left all the bread (a miracle, really) and about ⅔ of the slice behind–I was simply too full. The beer was a light pale ale with lemon juice–definitely not a sour, it was actually a bit sweet (I have had the hardest time trying to find them here). Nonetheless, I enjoyed my impromptu early dinner and took advantage to snap a few more pictures.

Think of the market as a foodie’s haven–stations or shoppes all have glass displays that make your mouth water before you even ask what the dish is! It just looks super pretty–and you know I am all about pretty food (like the mini mozz salad pictured below). The market is modeled after Barcelona’s Mercado de la Boquería–offering nothing but the best in an almost celebratory atmosphere.

Side Note: This place reminded me of Ponce City Market in the historic Sears, Roebuck, & Co. building in Atlanta, GA (another one of my favorites). 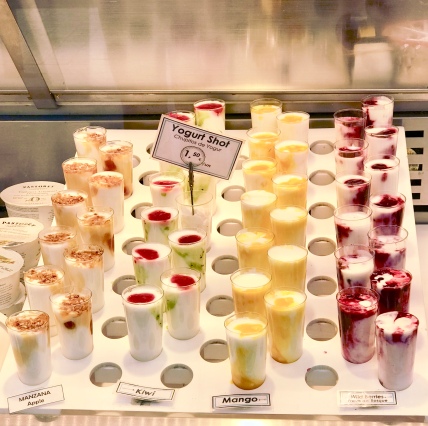 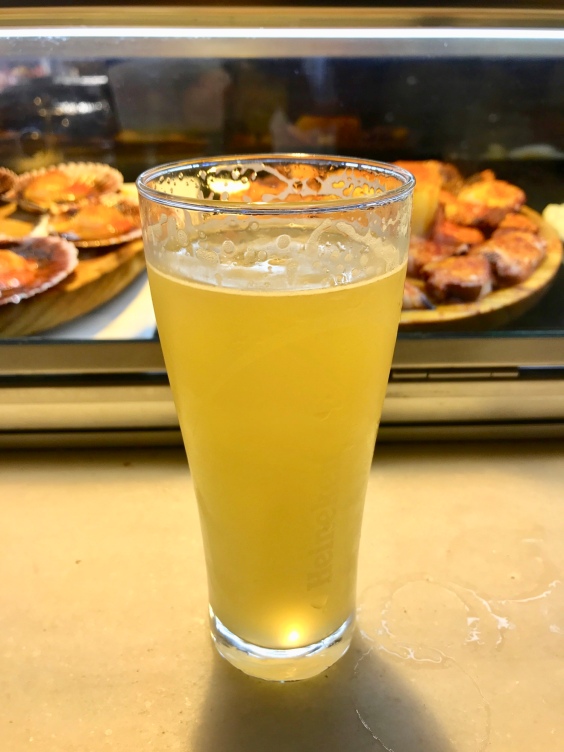 Closest to a sour I’ve been able to get all trip long. This baby is made by Heineken and is a pale ale with lemon juice added. I found it to be a tad on the sweet side. 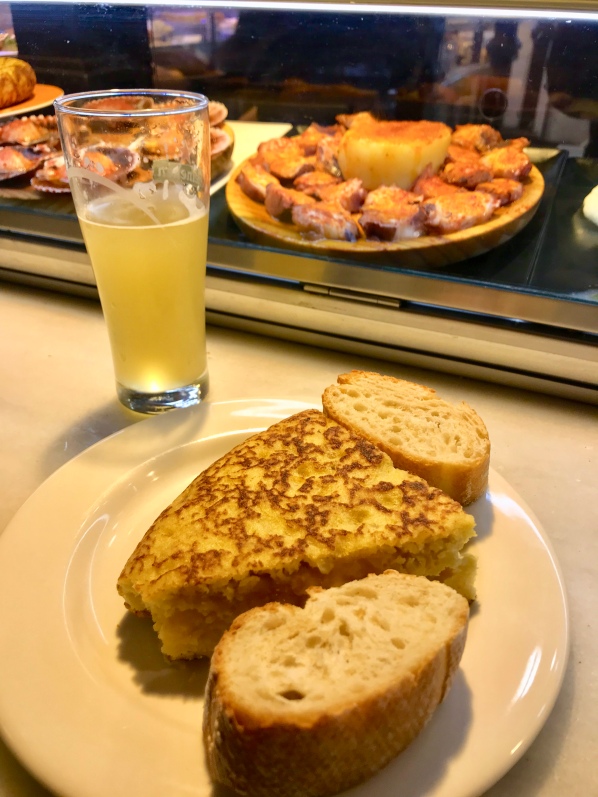 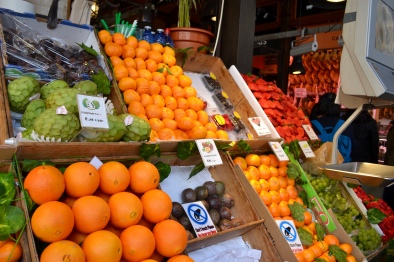 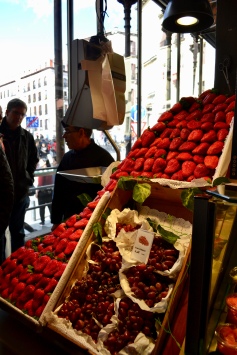 They look so JUICY! 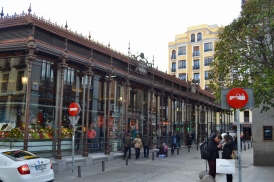 Mercado San Miguel (I always went in through this door, by the strawberries).